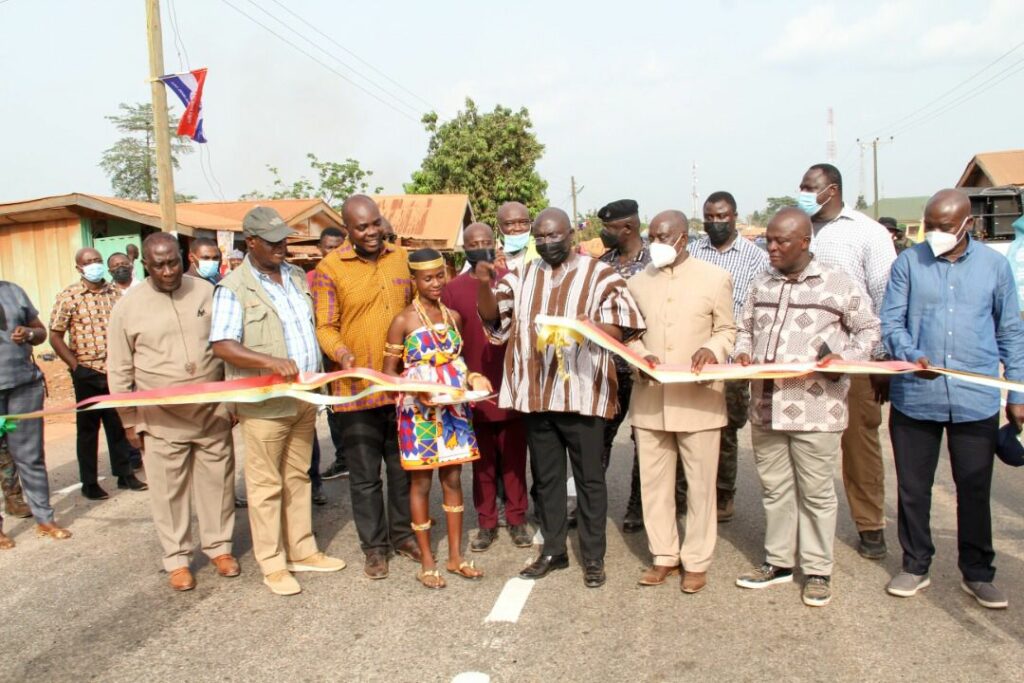 The completion of the project, three months ahead of schedule, has improved accessibility within the Atwima Mponua District of the Ashanti Region and Anansu in the Western North Region and forms part of preparatory works for the massive revival of bauxite mining in the enclave.

According to the Vice-President, other projects under the various Lots, such as the Tamale Interchange (Lot 3), Upgrading of Selected Roads in Western Region and Cape Coast (Lot 7), and the Rehabilitation of the Hohoe-Jasikan-Dodo-Pepesu Road, all part of the Eastern Corridor Road Network (Lot 10), have reached advanced levels and are expected to be completed by the second quarter of 2022.

“This is an indication of the government’s resolve to expand the country’s road infrastructure to bring it to appreciable standards,” he said.

Dr Bawumia said the past four years have seen a greater percentage of work done on the rehabilitation of roads across the country, urging the people to keep faith with the government as it works to meet the development expectation of Ghanaians.

On his part, the Minister for Roads and Highways, Hon. Kwasi Amoako-Attah disclosed that the project includes drainage works, earthworks and bituminous surfacing.

“Traffic lights and other road furniture such as traffic signs, crash barriers and road line markings will also be provided to improve the safety of commuters along the project corridors,” he revealed.

The Department of Urban Roads will be the supervising agency for the Ministry while Messrs Sino Hydro Corporation will undertake the construction.