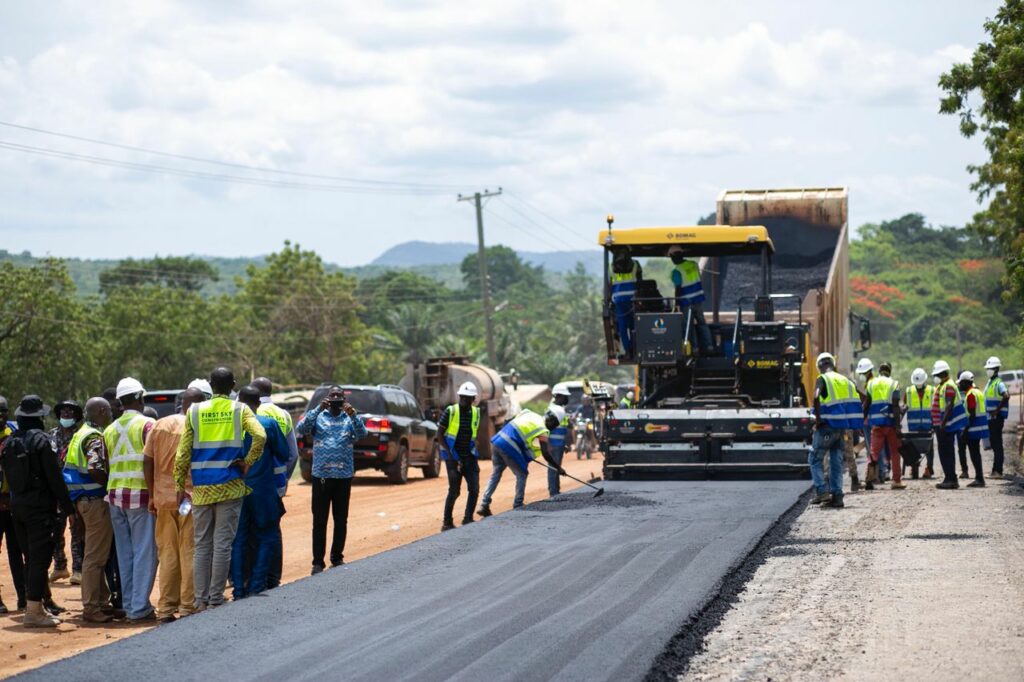 The Construction of the Eastern Corridor Road Projects is progressing steadily.

The construction of the Jasikan-Dodo Pepesu Road (Km0-56.4) is completed whiles the Oti Damanko-Gbinti Road (Lot 5 & 6), the reconstruction of the Hohoe-Jasikan (30Km) and the Nkwanta -Oti Damanko (B -12km) currently stand at 92 per cent, 75.5 per cent and 71 per cent physical completion respectively.

This was revealed when the Deputy Minister for Roads and Highways, Hon. Stephen P. Jalulah led a team of engineers from the Ministry and its Agencies to inspect the progress of work on the corridor.

The Deputy Minister expressed satisfaction with the quality of work done and said the government was committed to the completion of the entire corridor.

The corridor has been packaged into seven (7) Lots with construction activities at various levels of completion.