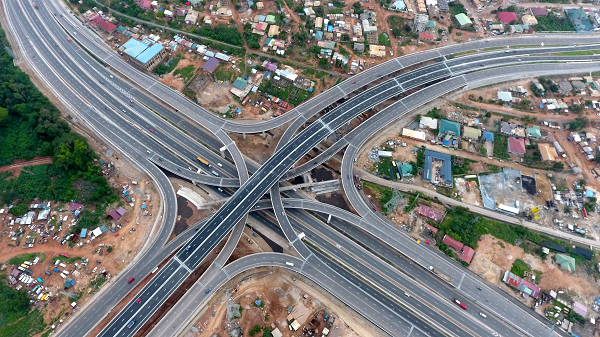 The country’s first-ever four-tier interchange at Pokuase in Accra on the Accra- Nsawam- Kumasi Highway has been inaugurated. The President, Nana Addo Dankwa Akufo-Addo, cut the tape at the project site on the National Road Six (N6) to inaugurate the project.

Speaking at the inauguration, the President noted that the project involved the construction of the 6.5km Awoshie-Pokuase road, an interchange at the intersection of ACP Junction to Awoshie to Nsawam road, two footbridges, Widening of the Nsawam road by 2km, drainage works, provision of streetlights and the construction of 12km of town roads in the enclave. Other components are the rehabilitation of the Pobiman Women’s Group Centre to train women in pastry, bread baking, soap and bead making, the rehabilitation of the Manchie Gari Factory for the processing of cassava into gari and starch. Also in the scope are the protection of the three-hectare Gua Sacred Forest; the provision of ICT laboratories for 14 basic schools to help train 10,000 basic school children within the Ga North, South, Central and West Municipalities in the knowledge of Information and Communication Technology (ICT).

President Akufo-Addo said the original contract design was for a three-tier interchange, but due to efficient management by his government, the interchange was upgraded to a four-tier structure within the same contract sum.

The President further indicated that in addition to the construction of interchanges, the government has embarked on a number of projects to improve urban mobility in the country to help reduce travel times on our roads.

The President said the construction of the Pokuase Interchange had resulted in the provision of four hectares of prime urban space underneath the interchange which must be put to good use. He therefore charged the Minister of Roads and Highways, Hon Kwasi Amoako-Attah to liaise with the Ga North Municipal Assembly to develop the prime land to befit the status of the interchange.

The Minister of Roads and Highways, Hon. Kwasi Amoako-Attah on his part announced that provisions have been made for pedestrian walkways and bus stops, whiles two footbridges have been provided to enable pedestrian cross the main Accra-Kumasi Road in the vicinity of the interchange. Hon. Amoako-Attah appealed to motorists and other road users to strictly adhere to directional signs at the interchange to avoid needless accidents which are part of recommendations from a road safety audit conducted before the opening of the interchange. 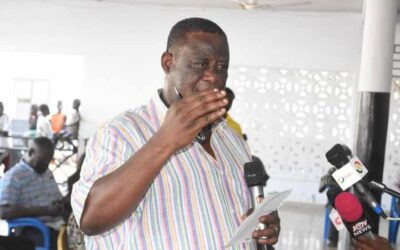 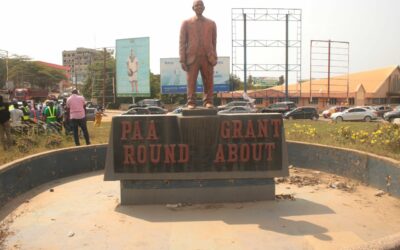 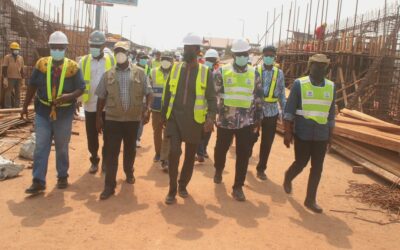 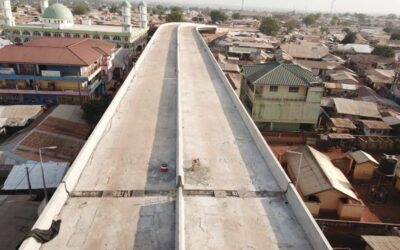 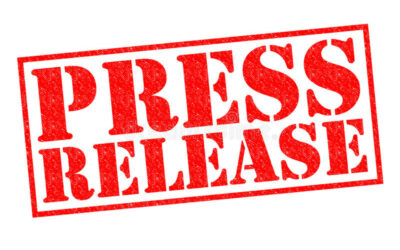 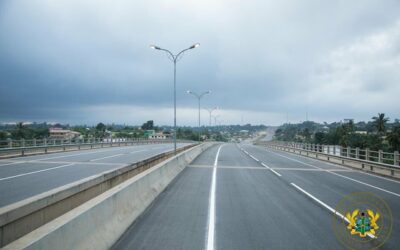 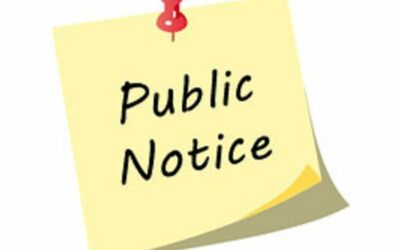