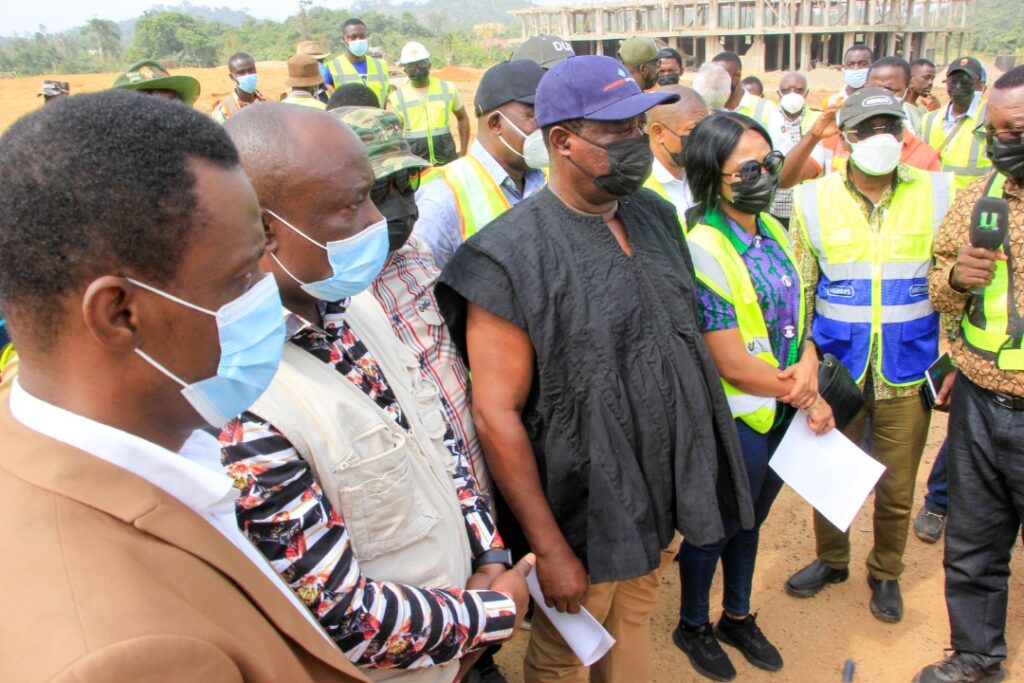 The section of the Bogoso-Asankragua road that was damaged due to the explosion of a truck carrying mining explosives will be completely restored to its original status within two weeks.

This was announced yesterday when the Minister for Roads and Highways, Hon. Kwasi Amoako-Attah led a delegation to inspect ongoing works to reinstate the road.

The explosion’s impact left a crater on the carriageway measuring 21m in length, 10.3 in width, and 6m deep, with both approaches of the road witnessing about 5m cracks away from the crater.

Speaking after the inspection tour, Hon. Kwasi Amoako-Attah said the contractor, M/S Gabriel Couto-Rango, has “done a great job, and I congratulate them for their sense of duty.”

According to the Minister, “the people of Apiatse community should be strengthened and assured that the government will do whatever it can to minimize their suffering and pain.”

On the 20th of January 2022, a truck carrying a mining explosive crashed with a motorcycle at Apiate town on the Bogoso-Aankragua Road resulting in an explosion that created a crater in the middle of the road.