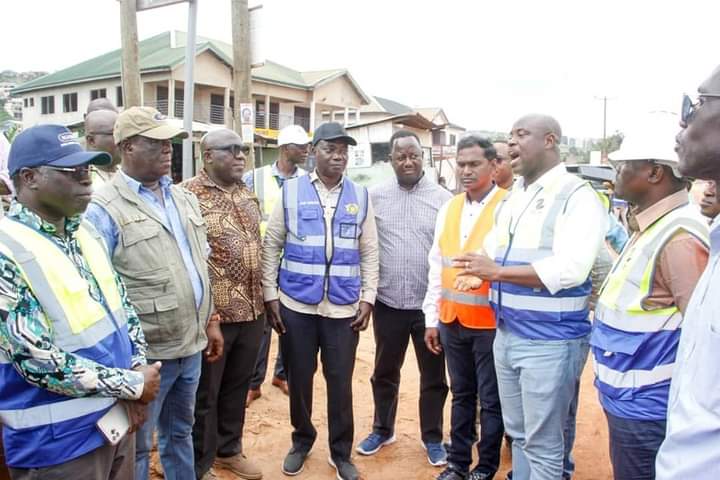 The Executive Chairman of First Sky Construction Limited, Eric Seedy Kutortse, has given an assurance that his company will complete the Dome-Kitase Road Rehabilitation Project in 20 months.

That, he said, was because the construction of the 23-kilometre stretch, which commenced in July this year and scheduled to be completed in two years, was already about 30 per cent completed.

“What we are doing currently is that we are improving the vertical alignment of the road by cutting to formation, and once that is done, the project will be almost 30 per cent completed.

“So per our programme, by the end of this month we will cut the entire road to formation,” he added.

Mr Kutortse gave the assurance when the Minister of Roads and Highways, Hon. Kwasi Amoako-Attah visited the project site as part of his routine inspection of ongoing road projects in the country.

The Minister was accompanied by the Eastern Regional Minister, Seth Acheampong, and some senior officials and engineers from the ministry, the Ghana Highway Authority, the Department of Feeder Roads and chief executives of some municipal/district assemblies who had jurisdiction over the project area.

Mr Kutortse said the company was determined to provide good, quality road infrastructure to accelerate the socio-economic development of the area and the country as a whole in spite of working ahead of time.

Hon.  Amoako-Attah said he was impressed with the progress of work, and lauded First Sky Limited for the company’s seriousness towards the project.

“I like what I have seen, and from the briefings that I have had from all the engineers up to the Chief Director who have the technical eye, the construction is according to specifications,” he said.

“It was supposed to be completed in 24 months, but it is in capable hands, our own and one of the best in the country, so I trust him,” he added.


He encouraged the company to prioritise the safety of its workers and motorists during the construction process to avoid any incidents.

The GH¢195 million project, which will cover 23 kilometres, begins from the Dome Roundabout in the Greater Accra Region, through Berekuso and ends in Kitase, both in the Eastern Region. 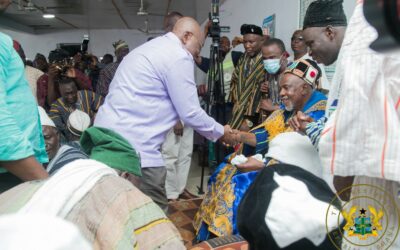