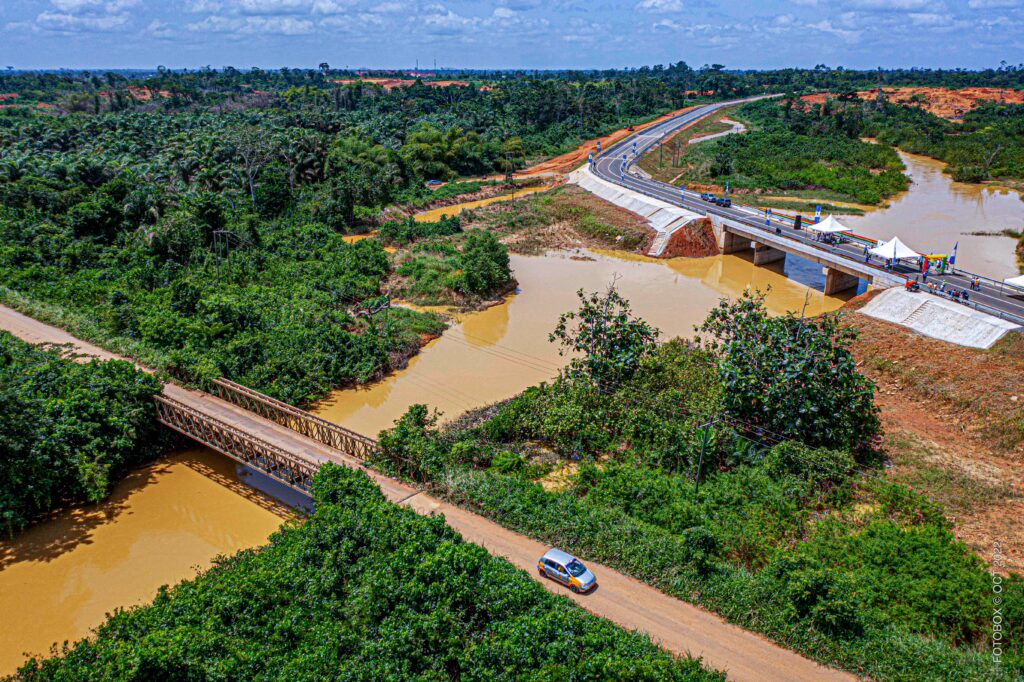 The GH¢46.72 million bridge over River Birim at Abomosu in the Eastern Region, constructed by Messrs First Sky Limited has been commissioned by President Akufo-Addo.

The bridge is part of the reconstruction of the 41.40-kilometre Kwabeng-Abomosu-Asuom road by First Sky, one of the foremost local construction firms.

Funded by the Ghana Government, the bridge replaces the old Bailey bridge which submerged under heavy flood, making it impossible for the travelling public to cross it.

President Akufo-Addo commissioned the bridge as part of his 3-day working visit to the Eastern Region.

The President praised the contractor, First Sky, for the timely delivery of the project and for constructing a first-class road with ancillary facilities for the communities.

The president said the communities along that corridor have suffered for far too long, promising that road infrastructure would be delivered across the country.

The President was accompanied by the Roads and Highways Minister and MP for Atiwa West, Hon. Kwasi Amoako-Attah, among other government officials, who were received by the Executive Chairman of First Sky Group, Eric Seddy Kutortse.

Mr Seddy Kutortse said the project was executed ahead of schedule, assuring that his company would not disappoint the government if he was given more jobs to execute.