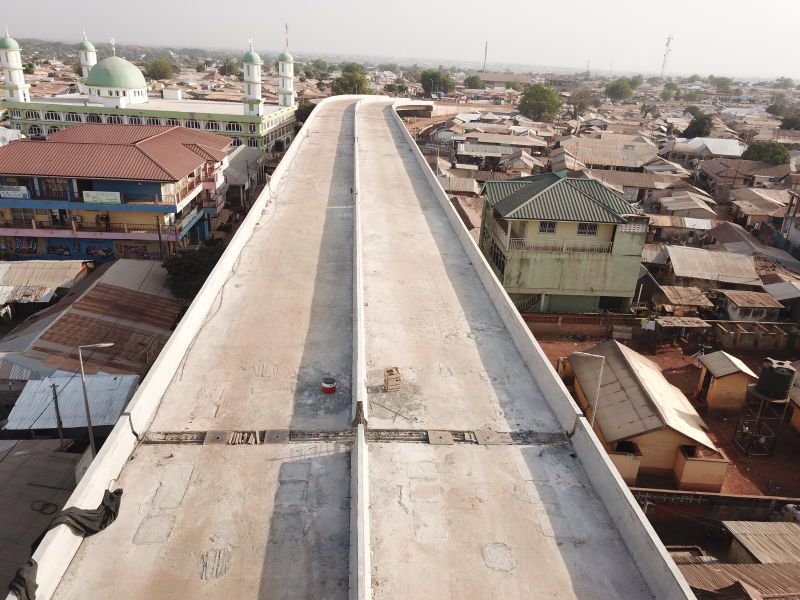 Construction work on the Tamale Interchange is progressing steadily to ensure its completion by the end of February, Mr Emmanuel Degbotse, Resident Engineer, has said.

“The total project is 95 per cent complete. What is left is five per cent and we are working day and night to make sure that everything is completed on time,” he said.

Mr Degbotse said what remained to be done included the asphalting and street lighting as well as reconstruction of drains at the down stretch of the project.

He gave the update when Mr Kwasi Amoako-Atta, the Minister of Roads and Highways, accompanied by Alhaji Shani Alhassan Saibu, the Northern Regional Minister, inspected construction works on the road.

Mr Amoako-Atta, having been briefed about the progress of work, announced that the project would be ready for commissioning by the end of March.

“The contractor has assured me that every work associated with the Interchange will be completed by end of February and that the first two weeks of March will be used to do the end finishing and then anytime from mid-March the President will commission it,” he said.

Work on the Tamale Interchange, which began in 2019, is being executed as part of the two-billion-dollar China Synohydro deal to, among other things, enhance traffic flow in the Northern Regional capital.

Other road projects the Minister and his team inspected in Tamale and the Sagnarigu Municipality included the Tamale Industrial Area Road linking the Nyohini Roundabout, which has been fixed and opened to traffic, and the Fuo Road.

Mr Amoako-Atta said 40 kilometres of roads had been asphalted in the area out of the 100 kilometres earmarked for asphalting.

He, therefore, urged the public, including Members of Parliament in the Northern Region, to support the electronic transaction levy (e-levy) to enable the government to raise the needed resources for more development projects.

Alhaji Saibu, on his part, said the number of road projects ongoing and completed in the region showed that government was on course to fulfilling its promise to undertake massive road infrastructure in the country.