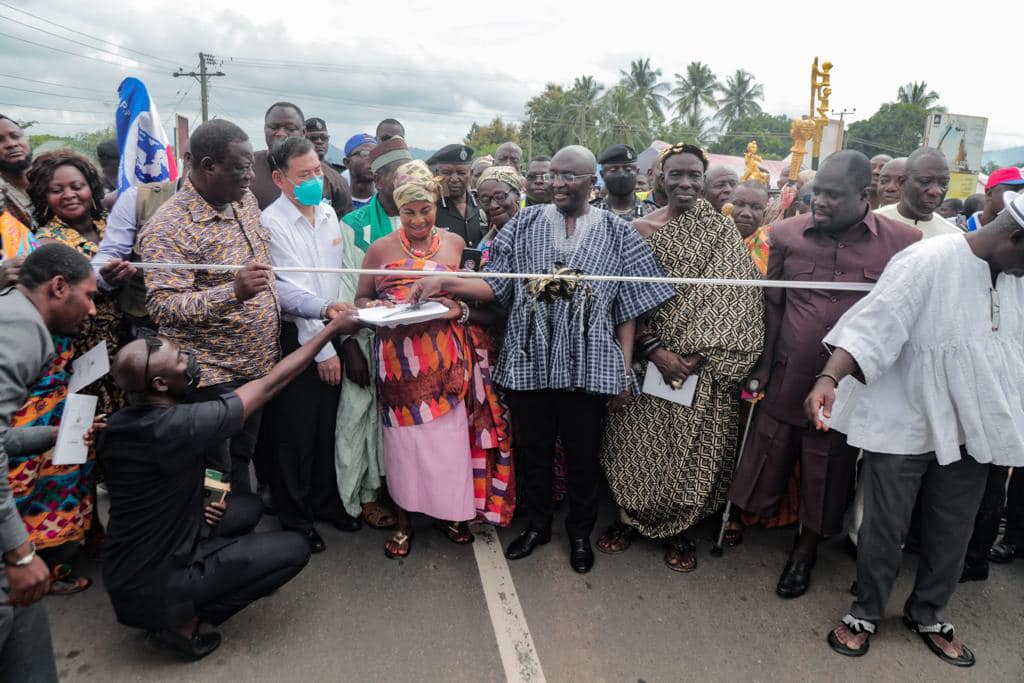 Dr Bawumia, addressing a gathering at Kadjebi, said the completed road had improved accessibility between Jasikan and Kadjebi, which formerly was challenging.

Dr Bawumia said the construction of the road was undertaken as an Engineering and Procurement Contract between Ghana and China and at a fixed cost to the contract. “Because it was a fixed-term contract, there was no cost overrun for the project”

He commended the Chinese Government for their cooperation when the Sinohydro Road Project was presented and concluded that the project was workable. “China is a very important country for Ghana. They are our largest trading partner and the largest foreign direct investor in Ghana, so we are very happy that we are cooperating in terms of mutual respect.”

Dr Bawumia noted that one of the attractive features of Ghana in terms of investment is being the most peaceful country in West Africa and the second most peaceful in Africa.

He said the government is committed to completing all road projects.

H.E. Lu Kun, the Chinese Ambassador to Ghana, said the Vice President was a good friend of China and strong support to Ghana-China Economic relations.

He said despite the impact of COVID-19, China had been actively participating in the development agenda of Ghana Mr. Kun said China had constantly helped and supported Ghana, including phase two of the University of Health and Allied Sciences project.

The Minister for Roads and Highways, Hon. Kwasi Amoako-Attah said the Oti Region, as of the end of 2020, had a total road network of about 2,000km.

Hon. Amoako-Attah said the Ministry of Roads and Highways, through its agencies, was undertaking various road intervention measures to maintain and improve the road conditions mix in the Oti region. He said these included resealing, minor rehabilitation and upgrading, partial reconstruction and gravelling as well as other development works.

The Minister said the construction of the Jasikan-Dodo Pepesu Road was a major milestone in the completion of the Eastern Corridor Road.

Dr Joseph Makubu, the Oti Regional Minister, said the importance of the road could not be overemphasized as it served as a strategic infrastructure with economic benefits of developing the local economy.

He said it also made transportation of goods and services to and from the northern and southern sectors of the country easier and faster. Dr Makubu said the road beautified the community due to a reduction in the dust level and implored all to take care of the road to ensure its longevity.