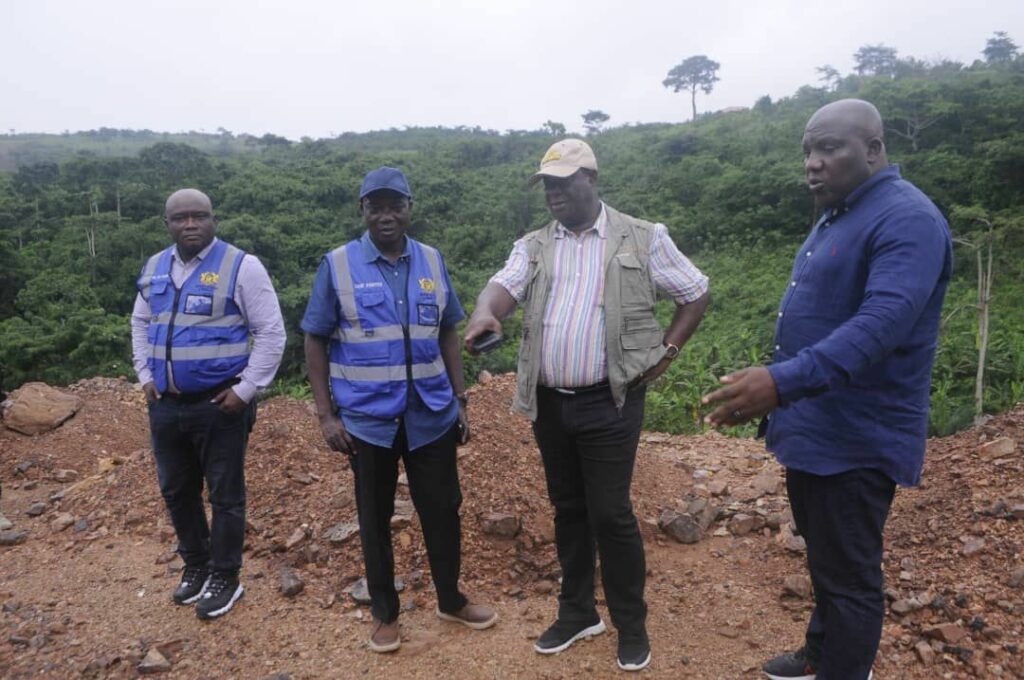 The Minister for Roads and Highways, Hon. Kwesi Amoako-Attah has expressed satisfaction with ongoing road projects in the Eastern Region following a visit to certain project areas in Lower Manya Krobo Municipality and Okere District Thursday.

A bridge connecting Akuse junction and Somanya, which is being built by Asabea Construction and is one of the 50 bridges worth 47 million euros obtained from the Czech Republic, was among the places visited by the minister.

The Minister also visited a 36.1-kilometer road that runs from Nkurakan to Adukrom and Somanya Trom and is being built by General Construction and Development Limited and would be finished in July 2023.

Hon. Amoako-Attah expressed satisfaction with the steady progress of the various projects, and urged motorists and the general public to collaborate with engineers to complete the projects on time.

He said road development of bridges, asphalt overlays, surface dressing, and building interchanges was continuing apace across the country.

He advised Ghanaians to be patient in their demands for development projects, particularly roads because all capital projects could not be completed at the same time.

Mr Patrick Okoto, Eastern Regional Director of the Highway Authority, stated that the contractor on the 36.1-kilometer road would improve road safety by widening it to improve sight for road users and reduce accidents.

The road connecting Nkurakan and Adukrom, as well as Somanya Trom, was awarded a contract in January 2021 and is scheduled to be completed in July 2023, according to the director.

He stated that the contractor had completed all earthworks and was more than halfway finished with the concrete construction, as well as the 18-kilometer final layer.