The Facts About the Accra-Tema Motorway Extension Project 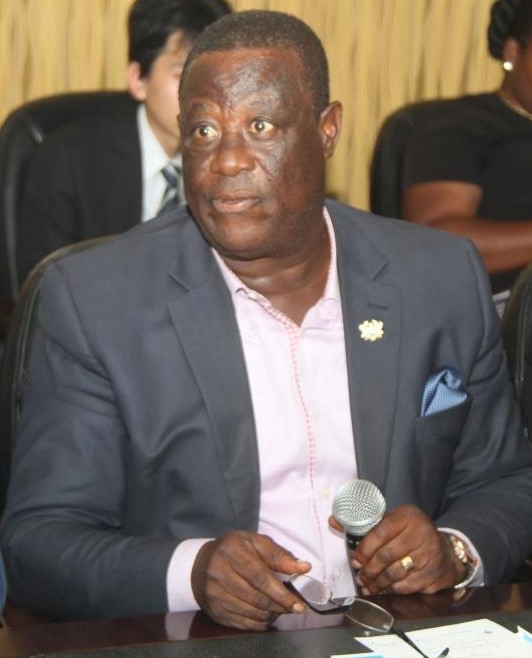 The attention of the Ministry of Roads and Highways has been drawn to an interview granted by Hon. Governs Kwame Agbodza calling for the immediate abrogation of the Tema Motorway Extension Project Contract awarded to Mota-Engil Engenharia E Construcao Africa S.A. because it has not received Parliamentary Approval. He further alleges that Mota-Engil is not qualified to undertake the project on Design and Build basis. Hon. Agbodza asserts that Ghanaians are capable of executing the Project, hence the Contract must be immediately cancelled and repackaged for local contractors.

The Ministry of Roads and Highways wishes to state without the slightest equivocation that the assertions and conclusions made by the Hon. Member are inaccurate and misleading.

We wish to state that the Minister and Ministry have not in any way breached the requirement for Parliamentary approval for the Accra – Tema Motorway Extension Project and therefore the full content of the Hon. Member’s press conference should be totally disregarded and ignored by the good people of Ghana.

The Ministry for Roads and Highways signed a Commercial Contract with Mota-Engil in December 2020. This Commercial Contract as a standalone cannot be sent to Parliament without the complement of a Financial Agreement. As of now, the Financing arrangements are yet to be concluded. It is therefore premature for anybody to claim or suggest that we have breached the law, when the documents to be submitted to Parliament have not been finalized.

The signing of a Commercial Contract for internationally funded projects with conditions precedent before its submission to Parliament is not unusual.

On the La Beach Road Completion Project, the Commercial Contract was signed in September 2012 with similar Conditions Precedent. The Cabinet and Parliamentary Approvals were secured in November and December 2018 respectively and the Contract became effective in 2019.

Again, on the Accra Intelligent Traffic Management Systems Project, the Commercial Contract was also signed in September 2012 with similar Conditions Precedent. The Cabinet and Parliamentary Approvals were secured in November and December 2018 respectively and the Contract became effective in 2019.

The Ministry of Roads and Highways is an active promoter of local content. Indeed, for the Accra Tema Motorway Extension Project, 40% of all works have been reserved for local contractors. However, we state for the avoidance of doubt that when the competitive bidding process was launched in December 2018, 23 companies expressed interest. None was Ghanaian. It is therefore not accurate to give the impression that Ghanaian companies were excluded.

It is simplistic and ignorant for anybody to do a simple calculation of cost over kilometres and conclude that the cost of the Accra Tema Motorway Extension Project is over bloated without recourse to the actual scope and works involved in the Project.

The Government through the Ministry of Roads and Highways is working in close collaboration with the Ministry of Finance and all other relevant stakeholders to ensure that no mandate is side stepped and to obtain value for money in the interest of the nation.

The accusations leveled against the Ministry are frivolous, groundless and amounts to palpable falsehood.

The Ministry of Roads and Highways hereby informs the general public that the non-factual and misleading comments of Hon. Governs Kwame Agbodza should be disregarded. The Ministry of Roads has not breached the constitutional requirement for parliamentary approval for the Accra Tema Motorway Extension Project.