Press Release on Alternative use of Toll Locations across the Country 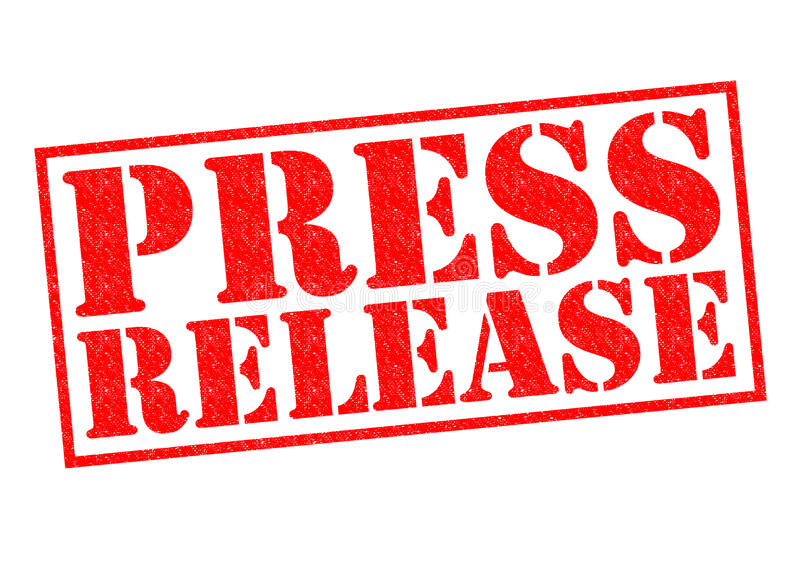 The Ministry of Roads and Highways (MRH) has clarified the controversy surrounding the conversion of toll booths to urinals in the country.

In a statement on February 16, the Ministry said contrary to information in the public domain; it does not intend to convert the toll booths facilities to urinals but rather to remodel the 38 toll locations in the country into police posts, first aid/emergency centres, towing services centres, ambulance centres and other ancillary services to re-engage toll workers.

According to the statement, the Hon. Minister referred to the thirty-eight (38) toll booth locations and not the toll booths themselves, which are well over one hundred (100) in number.

The statement called on the public to “ignore the gross misrepresentation of the Minister in his quest to provide information to the public about the government’s plans to find alternative uses for the thirty-eight (38) toll booth locations with over 100 toll booths across the country”.

It will be recalled that Hon. Kwasi Amoako-Attah was reported to have said that processes are underway to convert abandoned toll booths into washrooms in various parts of the country. 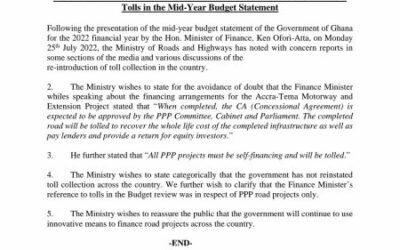 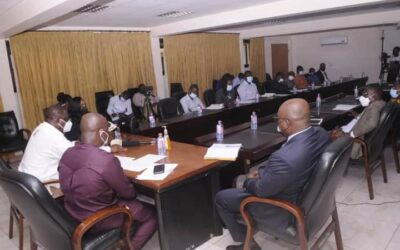 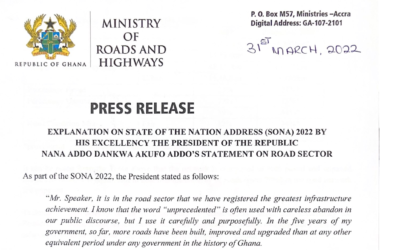 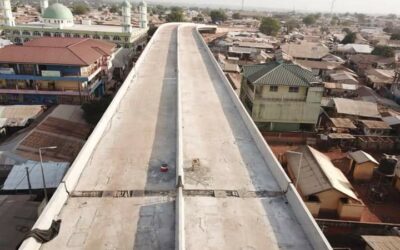 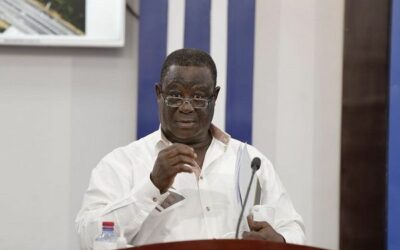 Roads Minister Presents Proof of Roads Constructed since 2017 to Parliament 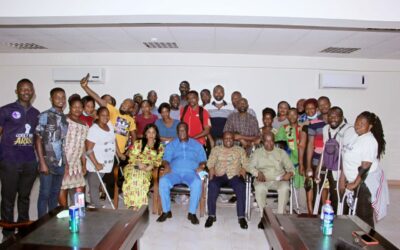 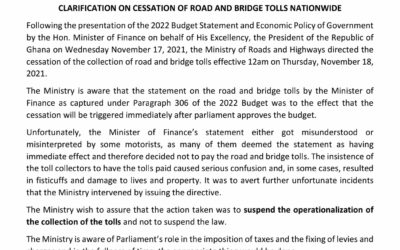