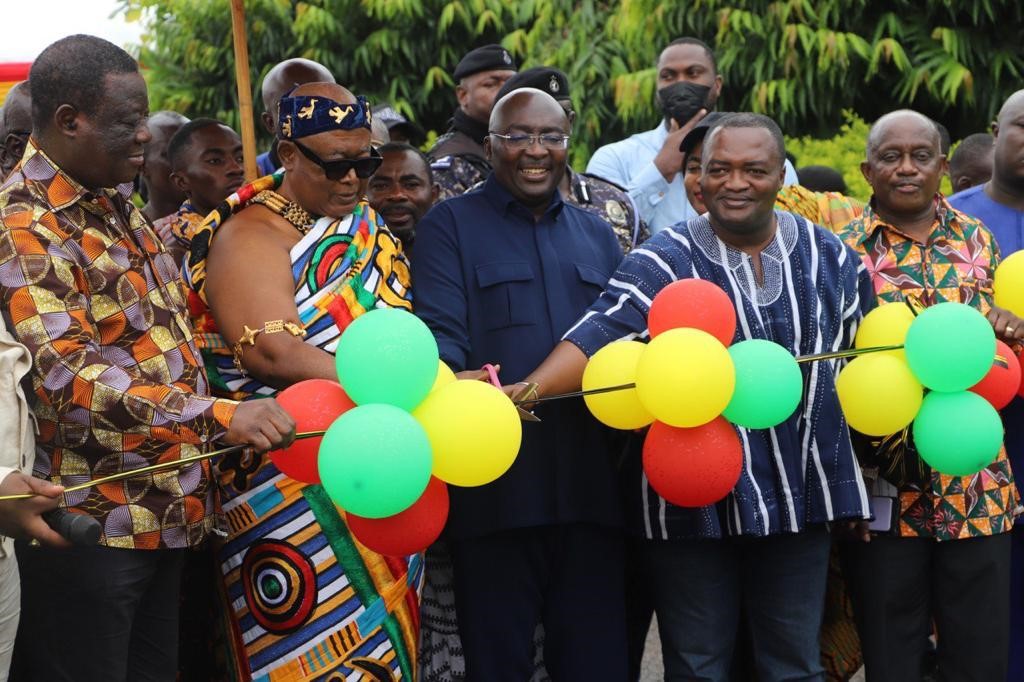 Dubbed, “Rehabilitation and Auxiliary Infrastructure of Kumasi Inner Ring and Adjacent Streets Project,” it is a turnkey project, in line with the vision of the Akufo-Addo led government to provide an integrated urban transport system responsive to the needs of the society.

Interventions undertaken included the construction of drains and culverts and road rehabilitation works.

Speaking during the inauguration at Nsenie in the Oforikrom Municipality, Dr Bawumia noted that the project would improve quality of life, improve accessibility and help reduce dust pollution.

Ongoing projects He said the government was working around the clock to complete the Boankra Inland Port, and also work on the four main interchanges – Anloga junction, Suame, Santasi and Airport roundabouts.

Roads Minister The Minister of Roads and Highways, Kwasi Amoako-Attah said the Ashanti Region, as of the end of 2020 had a total road network of 9,633 kilometres, out of which 2,852 kilometres representing 29.4 per cent was completely paved.