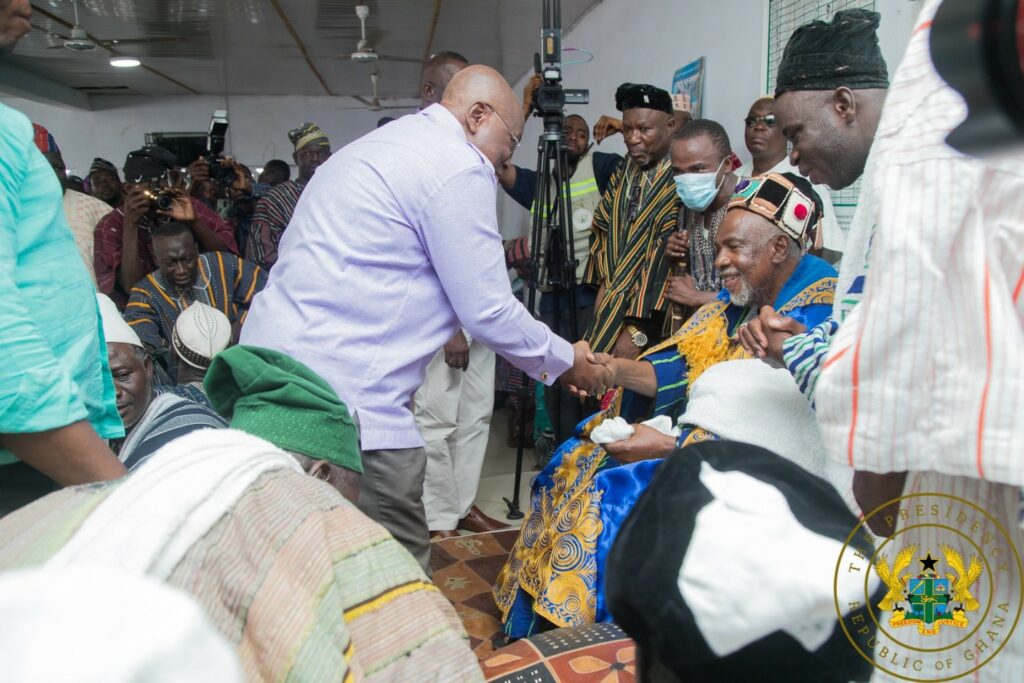 President Nana Addo Dankwa Akufo-Addo has said the economic challenges facing the country will not deter the government from accelerating investment in road infrastructure.

He noted that good roads played a critical role in accelerating socio-economic development, and that was why the government had kept faith with the ‘Year of Roads’ mantra.

The President said massive developments in the road sector showed that the ‘Year of Roads’ mantra was not just a slogan.

“It’s been a reality and a very successful programme,” he stated.

Best in roads The President said his administration had constructed more road projects than any other government in the history of the Fourth Republic.

“The road infrastructure that has been established since I became President, let me use this famous word, is unprecedented. We have never seen so much in the roads sector. Let’s put it as far as the Fourth Republic is concerned. The Roads Minister likes to say ‘since independence’,” he said.

“I just want to be a little more modest and compare apples and apples and not apples and oranges. And I’m saying that the road infrastructure that has taken place under Akufo-Addo’s NPP government is without equal in this Fourth Republic,” he added.

President Akufo-Addo said the Upper West Region alone had had 18 road projects completed since 2017, while 110 more road projects were ongoing.

He said for the first time in the nation’s history, the Wa-Hamile road had been tarred.

He announced the re-packaging and award of the contract for the construction of the Wa-Tumu road, and added that the Han-Tumu section of the road had been re-scoped and awarded to five different contractors and would be completed in 24 months.

“The government has expanded the road network dramatically. Obviously, when you’re starting from zero and get to four, it doesn’t look as if you’ve got very far, but from zero to four in itself is a big movement, and when you get to five or six or seven, then you realise that you’re beginning to succeed,” he said.

Difficult time While admitting that the financial difficulties confronting the nation presented a difficult time for the government, he nevertheless pointed out that it would not go to sleep.

“It’s been a difficult time, but as I said, we are very conscious of the difficulties in the management of the economy, and it affects areas such as arrears of payments to contractors, but we are making a big effort to try and resolve these problems,” he said.

Payment to Contractors President Akufo-Addo gave an assurance that “contractors are not going to be left high and dry”.

He said if contractors did not get paid, the development of road infrastructure would stall.